The country’s former name, Islamic Republic of Afghanistan, is deemed obsolete as the democracy fell apart and its president fled the country under the oncoming wave of the Taliban.

It’s an unfortunate situation for Afghani people who wished for progress and equality to arrive after years of war; instead, the new status quo indicates a return to the late 20th century with the Taliban running the country under the Sharia law.

Meanwhile, the registrant of the matching domain, IslamicEmirateOfAfghanistan.com, is pointing the domain to a lander taunting the US President, Joe Biden. The web site’s lander looks like that: 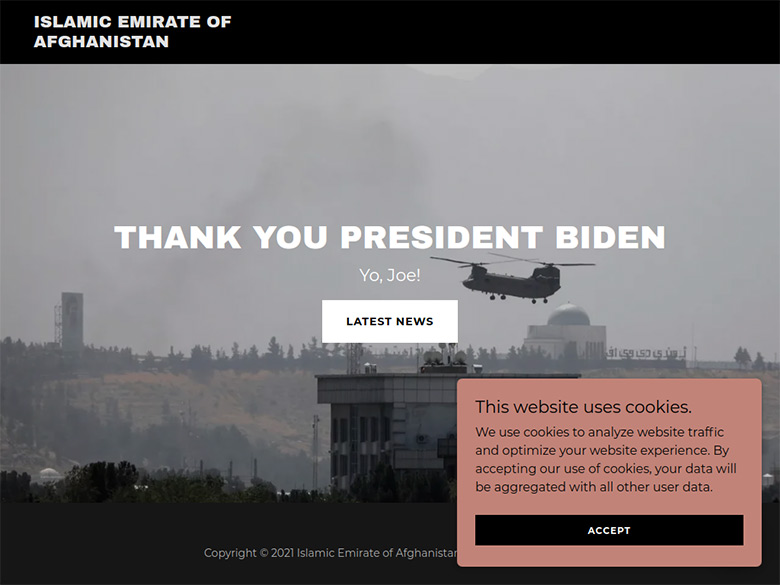 As the active US President, Joe Biden is taking a lot of heat for implementing a long-standing plan for withdrawing all US troops from Afghanistan. Such a plan was decided during the administrations of Barack Obama and was further pushed by Donald Trump before the 2016 and 2020 elections took place.

If anything, the 45th US President, Donald Trump, takes kudos for bungling up negotiations with the Taliban before handing over his administration to Joe Biden, according to Raw Story.