Ever heard of the domain broker Erwan Kina?

In 2016, aged just 19 years old, the French domain broker ruffled the industry’s feathers by alleging that his investment group was all set to acquire over $20 million dollars worth of domain names that year alone.

At the time, it all seemed plausible and the interview/press release to NamePros was touted as a representation of the domain industry’s unstoppable future.

Alas, that claim was a bunch of baloney and none of the associated statements in that interview were representative of either a real budget or the young broker’s capabilities to negotiate sizable domain acquisitions.

In a NamePros post that didn’t seem to generate much controversy, Erwan Kina admitted that the claims about the mysterious fund was the idea of another broker, Sharjil Saleem.

Sharjil told me to make this announcement, about his mysterious “fund” and “partners” that wanted to put $20M in the domain market two years ago. I trusted him as we closed a $200K deal together (100 LLLL.coms package). I was young and starting to make serious money thanks to his connections. Of course it was greatly exaggerated.

Two years ago, we pointed out that Erwan Quinat, Senior Manager Global Partnerships at Voice & Chatbot Summit, was in fact Erwan Kina from 2016.

It seems that Erwan Quinat is the real name of Erwan Kina, so what is he doing these days? 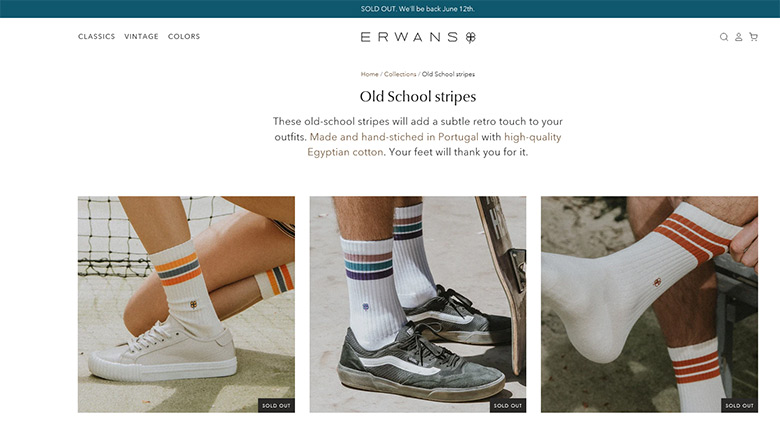 The enterprising 25 year old is producing his own line of tennis socks called Erwans.

Operating from the domain name Erwans.com, the project touts the quality of the cotton used for the Erwans sock line: Cotton is sourced in Egypt and they are made in Portugal, all while the brand is French.

Erwan Kina/Quinat is even showing off his quality products by using his own self as a model.

We have to say that Erwan’s transition from an aspiring broker of a supposed $20 million-strong, domain-buying fund, to an independent creator of a fashion line is indicative of a lesson well-learned: Some times, tangible assets are easier to handle. Domain sightings: EFIXTK is a Chinese tech brand Posted by DomainGang on June 26, 2022, …