The Story of Meta.com –

The domain name Meta.com was owned by Facebook Inc who as we all know is now known as “Meta” with Facebook becoming a brand of Meta, similar to other online entities WhatsApp, Instagram & Oculus etc.

So what’s the history of the domain name Meta.com?

Meta.com has been registered since 21st of January 1991, making it 30 years old as of 2021, the first Archive.org archived post has content from back 2005  and 2006 when it was merely an “Under Construction” page as noted below, and then we follow its journey over the years with various screenshots.

It appears though from where my whois records relate back, at least since 2012, the domain name Meta.com was owned by Research Unlimited of Escondido, California who had a small portfolio of domain names such as Testerone.us, ReSun.com, Quorumus.com, VonHendy.org to name a few and of course the prized domain name Meta.com

Sometime between August 2015 and April 2016, we can see the whois records changed from Research Unlimited into privacy, and at the same time the domain name registrar also moved from Joker.com where it had been for a number of years over to GoDaddy.com where it still remains today, we would assume that Facebook Inc possibly acquired domain name Meta.com between those dates.

The sale price of Meta.com has never been disclosed, we have reached out to Research Unlimited but await a response on news of the sale price. 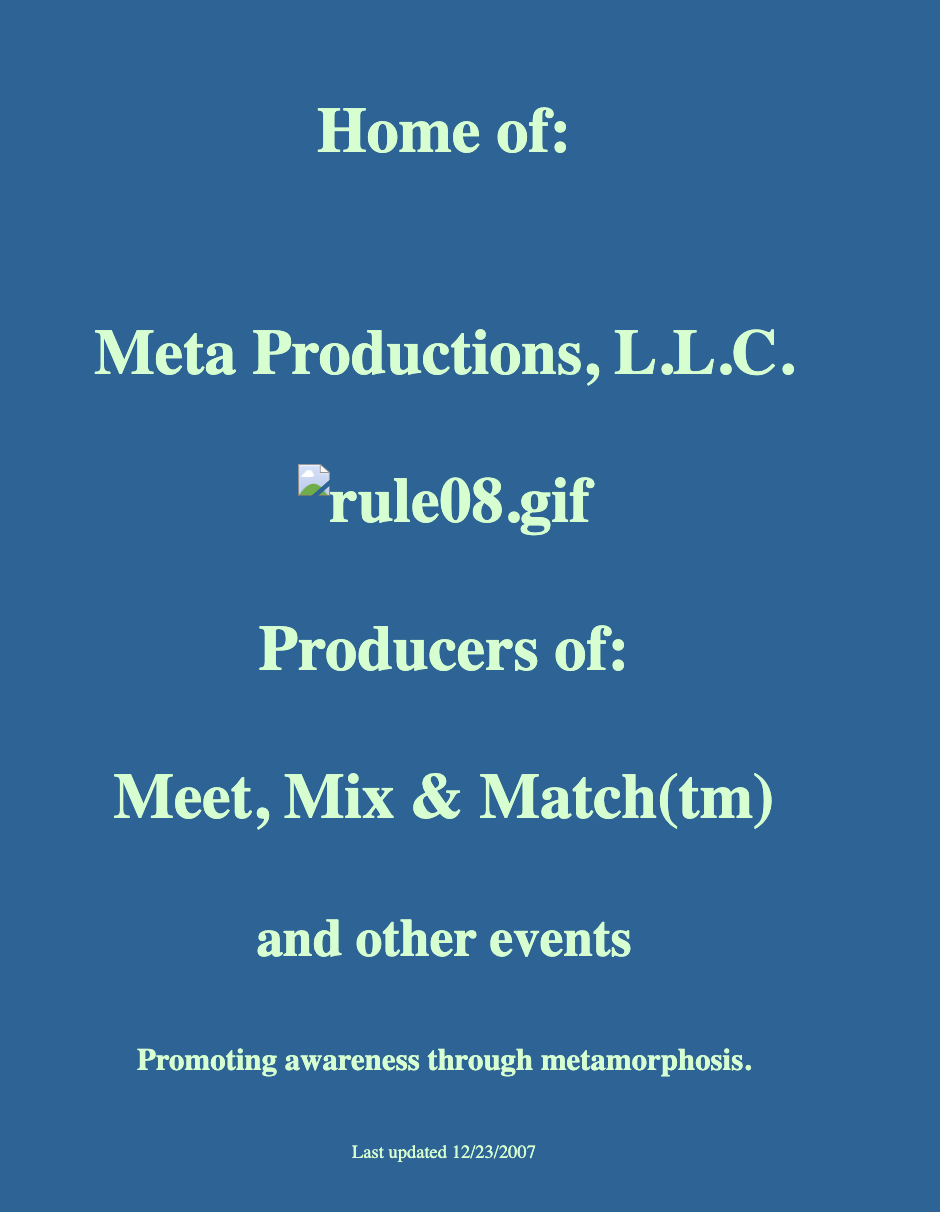 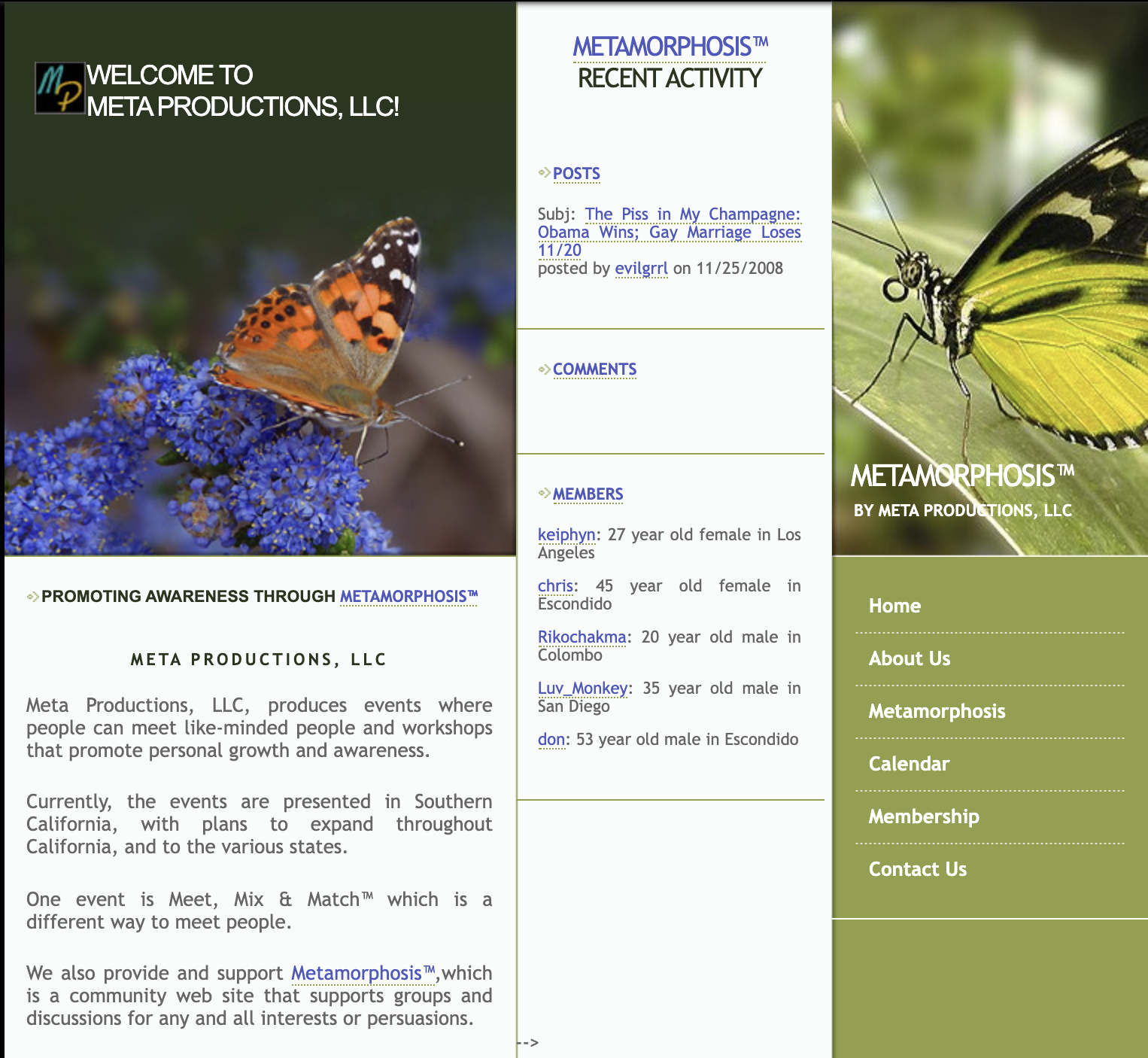 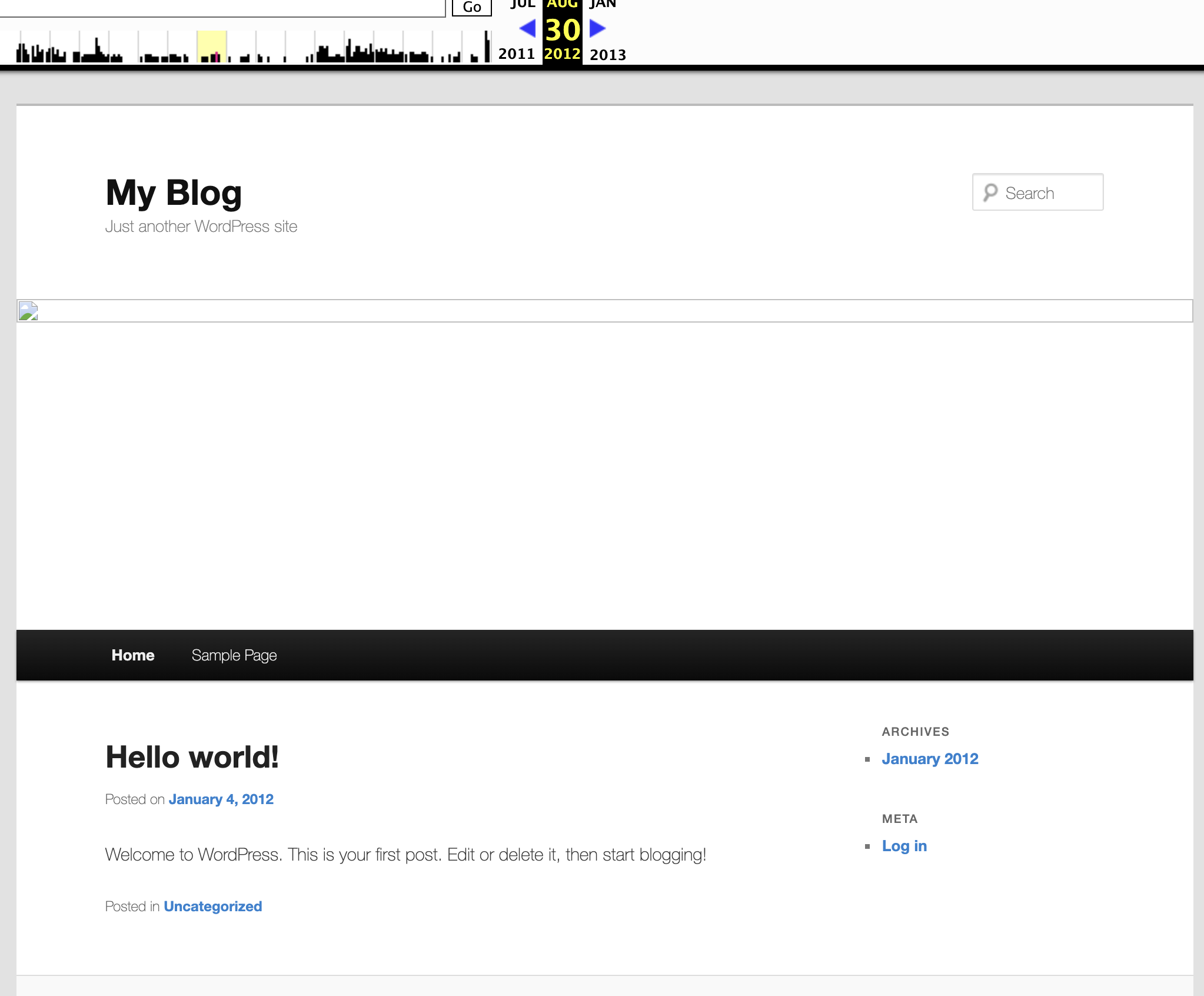 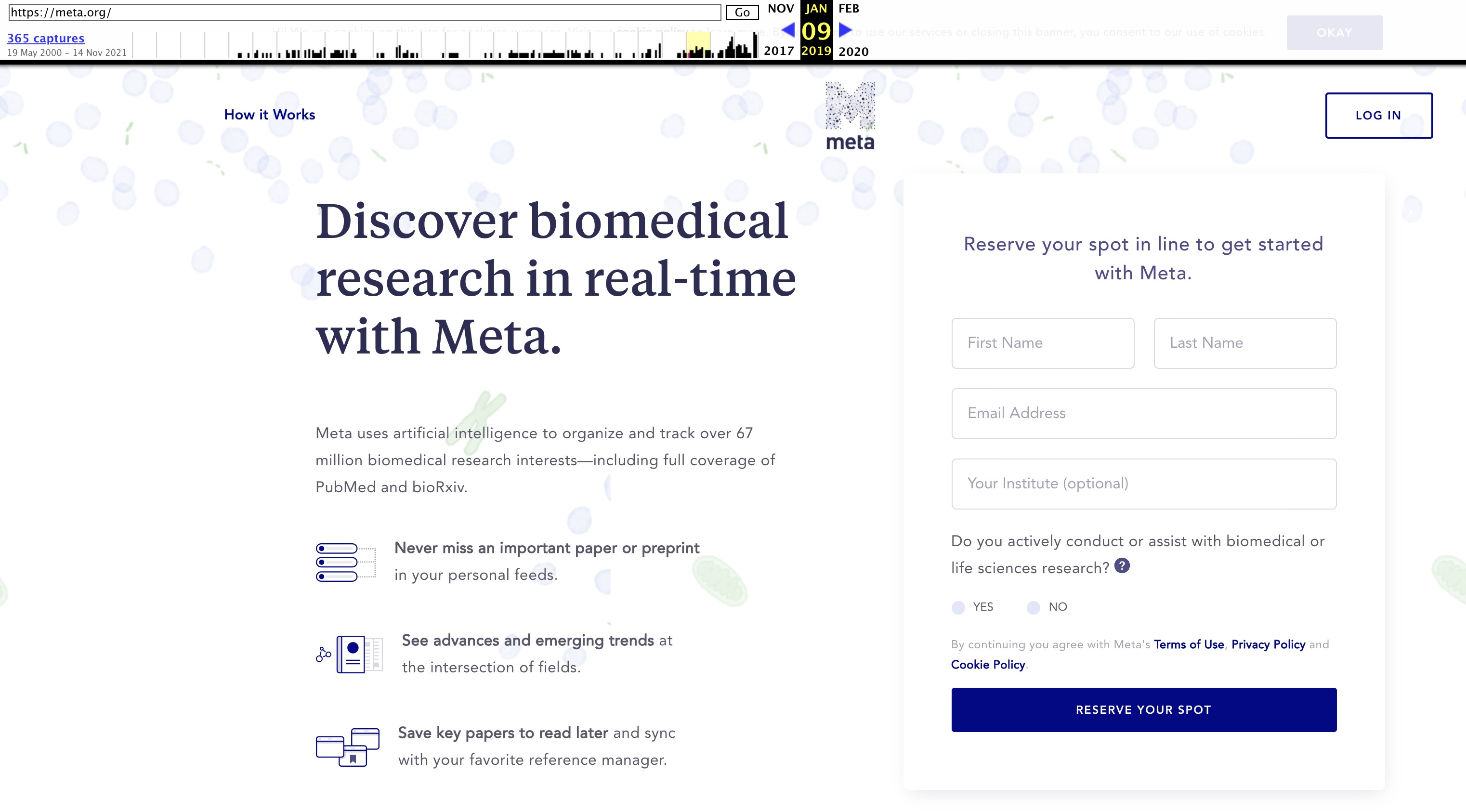 Previous Why I Bought a Blatant Trademark Domain Name
Next AUCTION RECAP OF NOVEMBER 21, 2021

Still recovering from this

Congratulations to Nikul Sanghvi (@hypernames) for selling http://Meta.so for $149,000. It's the second six figure sale of a "meta" domain name in 2021 and will be one of the top five ccTLD sales of the year: https://domaininvesting.com/meta-so-sold-for-149000/

Powered by WordPress | Designed by Satya
© Copyright 2021, All Rights Reserved